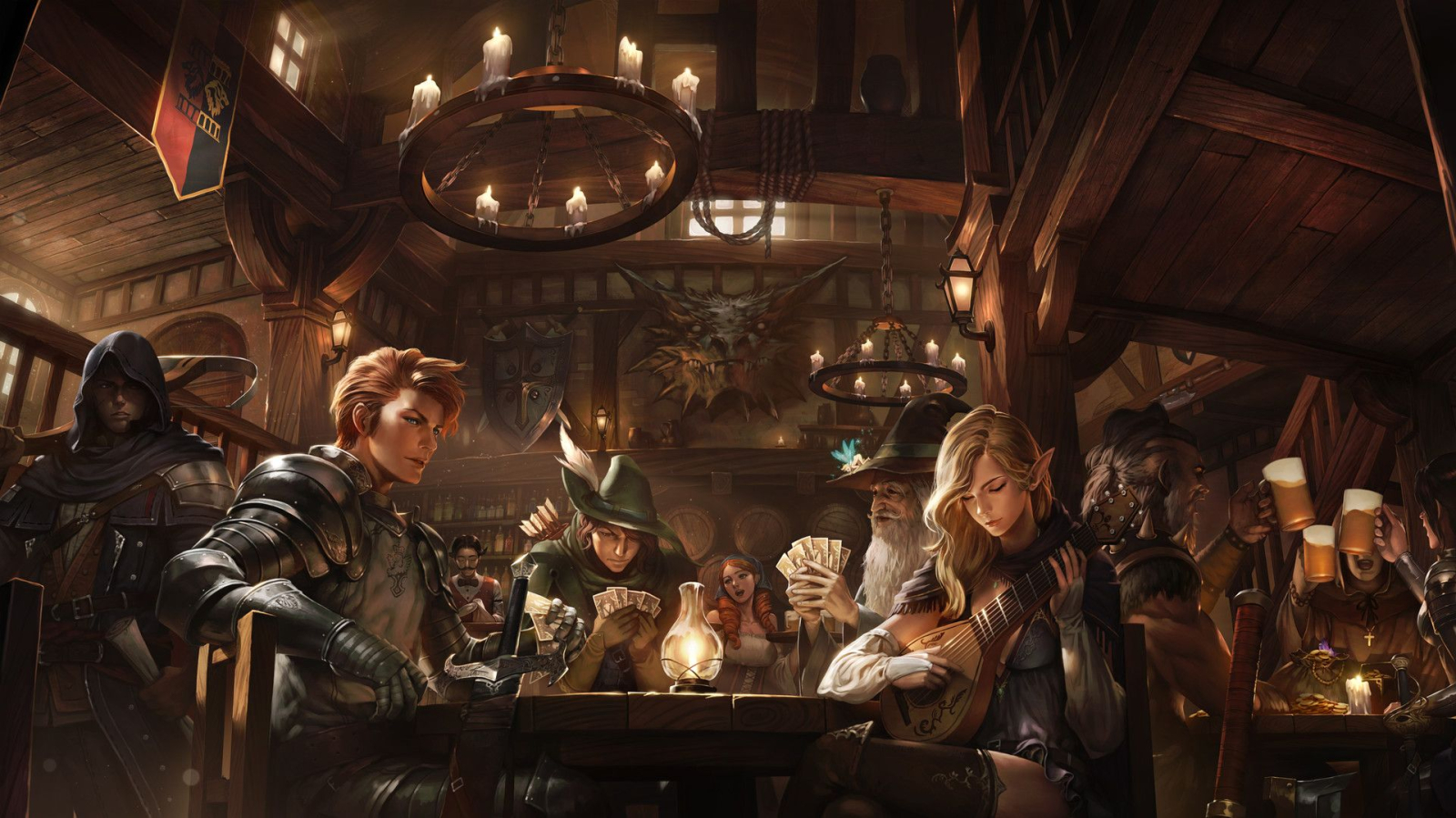 Now playing an AD&D 2nd campaign. A successful Star Wars campaign using a variation of GURPS rules was ended after one of the characters died defeating a main nemesis in the campaign so we moved on to this one. I'm not a fan of level and hit point systems (prefer a variation of GURPS), but in my experience a classic fantasy campaign doesn't tend to do well without using D&D. That said we are sticking mostly to AD&D 2E rules and running out of old published modules beginning with B1.

The basics are characters go into the dungeon, kill the monsters, and return with the treasure. Beyond that things can develop over time, low level characters don't need to be heavily involved in the politics of the realm early on, especially if developing slowly. The basic theme is all the characters ended up at Freeport, an independent city-state or small kingdom north of the dwarven lands. A large port city it has everything adventurers crave and the northern continent is rich with opportunity for adventure. DM characters are in the group but will rotate which one is not entering dungeons based on current DM, the three siblings live on a keelboat and when adventuring one must stay behind to guard the boat (the DM character), meaning the DM character is essentially present and acting as part of the party.

Characters will begin their adventures at 1st level, although they will be built using a somewhat generous point-buy system for attributes (and starting gear). The kits introduced in second edition are available for an extra cost as per the generation system from our Few Coins More campaign which is also on Obsidian Portal. I'm not putting any restrictions on starting characters, but do ask that players choose something they will enjoy playing over time to give the campaign a chance at lasting.

The City of Freeport is set in the Alterra campaign world which freely mixes Forgotten Realms, Greyhawk, and Earth mythologies together, this means characters may be of any faith they choose and adventures will freely come from those various settings. I won't have Spelljammer in this setting, but will have dragon riders, griffon riders, windships, and such (windships will include the spelljammer and Talislanta designs and will be treated as magic items; rare and expensive but not unique).

A shared DM campaign can have more longevity, but has the problem of dealing with the DM's personal character when they are DMing. The DM character will not go with the party into the dungeon, but will remain behind to guard the boat. Advancement and treasure will be as other party members, even though they are not in the dungeon they are treated as part of the party and when the party can withdraw to recuperate from the dungeon the DM character can be on watch and act as a safe place to leave loot (this was changed after a discussion about DM characters being siblings).

Training rules mean a character will need to return to some form of base and work with a trainer or at least use training and research materials. While characters will need to spend 1 week/level and 100 GP/level to advance they won't be required to seek out a special trainer (either trainers are readily available or the character can buy materials allowing them to self-train).

Experience Level will be for the group, starting at one and advancing one for each completed quest/dungeon/module the group manages. Abandoned quests/modules won't count unless the group returns to finish them. In the case of massive dungeons this may be replaced with completely clearing one level or thoroughly exploring 2 levels if the DM feels they've done a full module worth of adventuring. Bonus levels can be granted immediately, but the next time the group levels up the character with bonus levels will remain the same (characters shouldn't have more than 1 bonus level, but if by chance they manage to have more they will remain the same until the party catches up).

Some characters will have obvious advantages or sometimes less obvious advantages, and can be abused in the system. Even in our current GURPS variation there are loopholes, and in AD&D there were several, but trying to change lots of rules is cumbersome and can often backfire, so there will be minimal rules changes (mostly the point buy generation).

If a character is lost and can't be revived or a new player joins the game they should start at party level. Gear for new characters will be the same as for initial characters (that is 100 GP per point set aside for money). Replacement characters do not inherit anything from the previous character although other players have the option to give or loan anything they wish. This puts the character at something of a disadvantage, but not so much they can't keep up.

Replacement characters may train with a party member to advance while adventuring until they reach party level then normal rules for returning to town and costs (100 gp/level) will apply.

Wizards get their first spell book free. Replacements are 35 GP and spells are 10 GP per level to acquire, plus any arrangements necessary. Players will start with Cantrip in their book free of charge, but must pay for any other spells they want to start with. Copying a spell from a captured spell book or a friendly player takes 1 GP/level in ink (so a standard vial would copy 8 levels of spells). All spells in the players handbook are readily available in freeport for the listed cost, spells from other sources may need to be researched or found.

In Search of Adventure Fortebrocci

In Search of Adventure Comments

I'm sorry, but we no longer support this web browser. Please upgrade your browser or install Chrome or Firefox to enjoy the full functionality of this site.